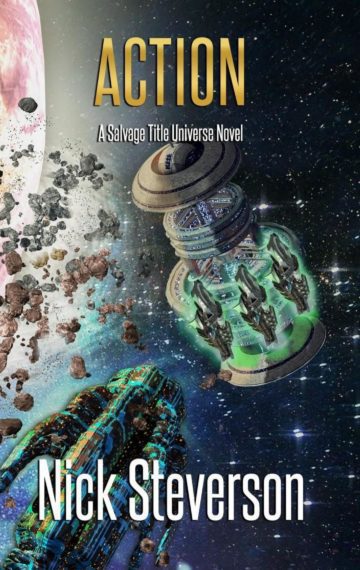 It was an easy job—until the pirates showed up—but ultimately, Dahkal and Ryan completed their contract on the planet Ruul and ended up with the mining rights to the entire planet. But when their new Emerald Dragons mercenary company returned to the Salvage System, they found Dahkal’s sister, Reuan, waiting for them. As only the heir of Shein is ever allowed to leave the Sheinrah System, the question was…why was she there?

When Dahkal learns of his father’s death in the Battle of Ascension with his brother, Gortal, Dahkal knows he must return home to put an end to Gortal’s tyrannical ways…or die trying. And it definitely won’t be easy, for Gortal has the might of the Sheingal military at his disposal, and, as Dahkal and Ryan well know, nothing ever goes according to plan.

But when the pirates return to Ruul, Dahkal’s loyalties will be tested. Will he take care of the people who put their trust in him, or will he cast them aside to challenge his brother? With several missions to complete, Dahkal will have to put together a force able to overcome the odds, while simultaneously accepting the loss of his father, protecting those around him, and retaining what’s his.

Can Dahkal, Ryan, and their band of misfit mercenaries prevail over their biggest challenge yet, or will they lose everything they’ve worked for…and more?