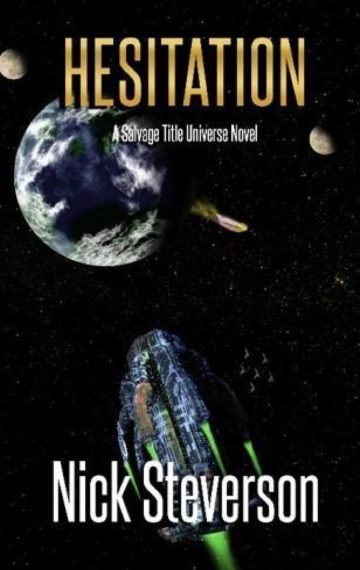 Dahkal, an eight-and-a-half-foot winged warrior, is undergoing the Imperial Journey of Succession—a quest to learn the art of leadership he must undertake prior to assuming the crown of emperor for his people—and his search for honor and adventure continues, accompanied by his unlikely alien companion, a human named Ryan.

But all is not as it seems, as his brother has designs on the crown—plans that don’t include Dahkal returning from his Journey—and he has set in motion a stratagem to take the crown for himself.

After winning the battle on Pergus and surviving an encounter in an uncharted system, Dahkal and Ryan arrive in the Salvage System to acquire a new contract. Having defied the odds twice on complicated missions, a contract for a simple cargo pick-up should be easy, especially with the new crew they hired, right?

But—like the journey to achieve the crown—there are people who’d like to take the cargo for their own—and over Dahkal’s dead body, if that’s what it takes. While they wait for their battlecruiser to be built, can the crew of the frigate Winged Fury stand up to a ship built for war, or will Dahkal’s brother’s plans come to pass?