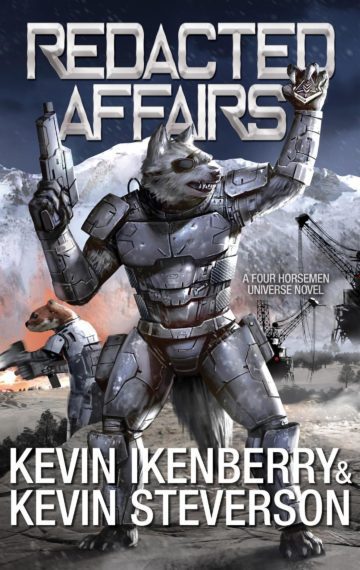 It is a time of upheaval throughout the Galactic Union. As the effects of the Omega War ripple outward, a Peacemaker falls silent at the outpost mining colony of Parmick. Sensing danger, the Peacemaker Guild dispatches two new graduates of the Academy to investigate and report. They are a new breed of Peacemaker, perfect for the clandestine infiltration mission.

With the galaxy teetering on the edge of chaos, can the Peacemakers and their surprising new allies liberate Parmick, stabilize the Galactic Union, and unlock the next clue to find Snowman? From the minds of Kevin Ikenberry and Kevin Steverson comes a new set of heroes who will forever change the Peacemaker Guild and the course of the Galactic Union.