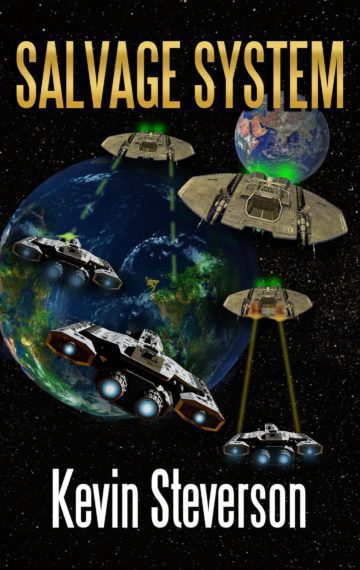 They couldn’t afford a ship or a fleet…and now they have a whole system to defend!

Harmon Tomeral, along with friends Clip, Zerith, and the artificial intelligence Jayneen, were heroes. They’d brought back the battlecruiser Salvage Title from an unknown system and had defeated the alien Squilla and saved their home system of Tretrayon, not once, but twice.

But now they have a system of their own, and the Bith are about to open it up to the galaxy at large.

With two habitable planets, there is sure to be…interest…in the system, and other alien races are already looking to see what can be “acquired” from it. There’s also the matter of the people who Harmon has bested, who are looking forward to paying him back for those defeats.

The Belvakett are coming, led by Harmon’s enemies Grant Lowantha and Jifton Gregor, and they want Harmon Tomeral dead! But Harmon has a plan—there are as many races who like him as hate him, and if he’s able to marshal all of their forces, maybe—just maybe—he’ll be able to defend the system.

But what if they don’t get there in time?